Focus on Strengths Not Weaknesses

You hired them for their strengths. Why focus on their weaknesses? Sales leaders, CEO’s, Management: Wouldn’t you rather focus on one’s strengths and increase the activities/behaviors that yield positive results? Unfortunately, most companies still focus on a sales professional’s weakness during reviews or “coaching” opportunities.

The first warning flag surfaces during the interview process: “Tell me, what’s your weakness?” Personally, I think it’s a lazy question without too much thought. C’mon, who’s going to admit their weakness while trying to sell themselves to an organization?

So how do we address what sales people should work on if we don’t focus on their weaknesses? Let’s discuss:

We need to transition from the “weakness” conversation and focus our attention to where sales teams need help or support. Some organizations utilize personality tests to find people’s strengths. More often than not, sales professionals do not have the tools or resources for them to become successful. It’s time that the “Coach ‘em up or coach ‘em out mentality” goes by the wayside. That very cliché phrase is an oxymoron. A coach is supposed to make someone better; not to create an agenda to get rid of them.

Let’s look at a baseball team to better understand the situation. A baseball team consists of 9 players with 9 distinctive roles. While out in the field, each player plays defense. Fast players with a strong arm usually play outfield while quick defensive players play infield. For example, look at the roles of a first baseman and shortstop.

Focus on Strengths Not Weaknesses

A first baseman is the perfect position for a left-handed player. Height is particularly important; a strong throwing arm is not. A first baseman needs to be able to concentrate, as he will potentially be involved in nearly every play.

The “Coach ‘em up or coach ‘em out mentality” needs to go by the wayside.

Now comes the batting order. There is a reason why a player bats ninth and a player bats fourth. The number 4 (or clean-up) hitter is the best hitter on the team. Traditionally, spots 6 – 9 are for players with less hitting talent.

So in conclusion, hire people based on their strengths and what unique skill set they bring to your organization. Focus on your people’s strengths. Provide the tools and resources necessary for them to become successful and see what happens! Focus on Strengths Not Weaknesses. 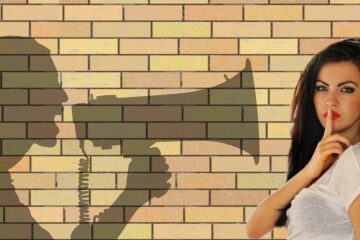 The best advice you can get on how your company should approach the industry is to ask your customers! More importantly, ask your potential customers. But you need to be willing to listen, even if Read more…